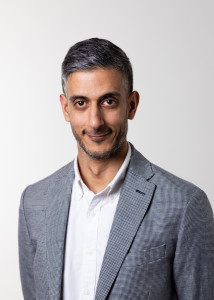 Kapil Sethi is a Melbourne trained Urologist with expertise in minimally invasive surgical techniques for benign and malignant conditions of the kidney, prostate and bladder. Kapil completed his schooling in the UK followed by his medical degree in New South Wales in 2003. He moved to Melbourne for the commencement of his surgical training and obtained a Doctor of Medicine at the University of Melbourne in 2015 for his research in kidney cancer. He was admitted as a Fellow of the Royal Australasian College of Surgeons after completing his specialised Urology training and undertook a fellowship year in Melbourne at the Austin Hospital.

He completed overseas fellowships in Germany and the UK. In Hamburg, he was the first Australasian trained fellow at the Martini Klinik, a world-famous centre performing the largest number of prostate cancer surgeries in the world. He also worked a renowned minimally invasive Hamburg department gaining experience in laser enucleation of the enlarged prostate and keyhole stone surgery. Kapil then did a further advanced laparoscopy and robotic fellowship at the highly regarded Stepping Hill Hospital in Manchester. He is proficient in kidney preserving and pelvic surgery using robotic and laser assisted techniques.

Kapil has taken a leadership role throughout his medical career and volunteered as a doctor for asylum seekers with no other access to medical care in Melbourne. He was awarded the Villis Marshall prize for best scientific research by the Urological Society of ANZ and the Austin Prize in Surgery for his research that he has also presented internationally. Kapil has authored a number of peer reviewed papers as well as serving as a reviewer for the World Journal of Urology.

He is committed to training future medics through his teaching and supervision of medical students and junior doctors. He currently has appointments at St Vincent’s Health and Western Health and also operates at Epworth Freemasons, St Vincent’s Private, John Fawkner, Epping Private and Shepparton Private.

Kapil is passionate about providing the world’s best care to patients locally in an individualised manner. He is readily available and his patients are central to the decision-making process in a fully informed and approachable environment.